January 01, 2023
Circa 2005.Priorities in the face of changing culture The new Pope Benedict XVI will make a priority to communicate with the secular world, says New Zealand Marist Brother Richard Dunleavy, who lived in Rome for 13 years. Brother Dunleavy says Pope’s Benedict’s “depth of understanding of post-modern culture means that he will always be seeking to communicate with the secular world, especially in Europe, but never at the expense of the truths as he sees them.” Pope Benedict’s age, at 78, has caused some to call this papacy a caretaking role. Brother Dunleavy agrees that the Pope’s age means that he will not be there for a long period, but he feels that the Cardinals, and the Holy Spirit, would have elected him because of his personal qualities, abilities and experience, without giving any priority to the “caretaker” element. He says Cardinal Ratzinger’s election was a surprise on account of his age but not so “on account of his tremendous admirable personal qualities of faith
Post a Comment
Read more 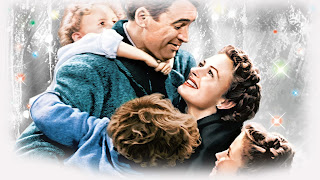 Circa 2001/2002, Wellington.  The ghost of Christmas past and present called on me this Christmas. Two worlds representing the spirit of a Christmas 55 years ago and the other of a Christmas transformed by the changes of time, were neatly captured in some Christmas television programming. Wellington’s community television station, Wellington Television, played that often-repeated Christmas interlude between dinner and supper, It’s A Wonderful Life. Directed by a Catholic, Frank Capra, and controlled under the auspices of the strict censorship regime called the Hays Code (named after a Presbyterian), It’s A Wonderful Life rode a central conservative thread throughout its narrative. It’s A Wonderful Life is partly a story of good versus evil dollied up in modern clothes set in a town called Bedford. The good guy is George Bailey played by the quintessential classical actor James Stewart. The bad guy is Potter who owns much of the township. Bailey has a crisis three quarters way t
Post a Comment
Read more

The power of re-creation

One may not truly grasp the difficulties of the survivors of the 2004 Boxing Day tsunami, but The Impossible (Released October 11, 2012) movie pulled off the impossible, by making one feel something of a disaster we may not been a part of. The power of re-creation did it and although not the same thing is still a way of conveying the magnitude of the disaster that the viewer is forever changed. The Impossible begins by familiarising us with the lives of a young family heading for a hotel resort in Thailand. In the plane, Maria (Naomi Watts) is worried about turbulence because of her unfamiliarity with travel. She has been looking after her three children while husband Henry (Ewan McGregor) is the breadwinner, but things may change when they get back home. If they get back home, dare I say. The viewer may already be anticipating the event that shook the Indian Ocean on a certain Boxing Day. So, it comes as no surprise when disaster strikes. The tsunami and its aftermath are shattering
Post a Comment
Read more 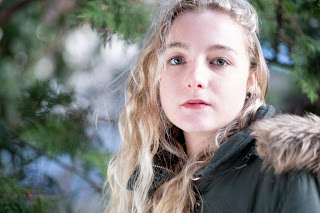 Circa 2000. Aglow New Zealand encourages women to become whole in body, soul and spirit in an age where it can be fashionable to focus on form rather than content. To further booster women’s morale, Aglow New Zealand is having its National Convention scheduled for May 2 to 5th at El Rancho camp, Waikanae, with keynote speaker from Sweden Reverend Margareta Mahl encouraging women from all around New Zealand and the Pacific. Reverend Mahl serves as one of two women on the panel of international advisers and has been National President of Sweden. She is an international speaker whose prophetic and teaching ministry has taken her to twenty-two nations. Aglow began in the United States in 1967 and in New Zealand in 1974. The first fellowship was established in Blenheim under the leadership of Mrs Rita Restall. The name Aglow is derived from the Amplified version of the book of Romans chapter 12 verse 11: “Be aglow and burning with the Spirit.” Aglow is a parachurch group that has
Post a Comment
Read more 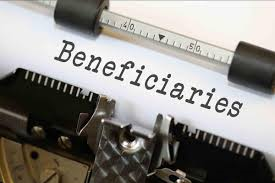 Circa 2001. While watching a slide presentation of underprivileged children from India at a house group meeting, Ken and Wendy Fraser were impressed that God wanted them to help unemployed people in the Hutt Valley. Ken was unemployed at the time and understood the difficulties of being out of work and rejected. They discussed their vision with Ray Harrison, founder of International Needs, who spoke at the house group. Later, they discussed it with the New Zealand Director of International Needs. From this meeting their vision became solid. Ken believed God wanted Wendy and himself to “prime the well” for thirty-six months funding everything themselves to establish a place to train and equip unemployed people. They did not look for donations from the Christian community or International Needs. Their relationship with International Needs is primarily that of prayer support.  Someone suggested to them that they approach the Department of Conservation to see if they could form a
Post a Comment
Read more

Stories that light the way

December 05, 2022
Circa 2014.  C.S. Lewis, friend, and literary peer of J.R.R Tolkien, wrote in his review of The Lord of the Rings trilogy: ‘The value of the myth is that it takes all the things we know and restores to them the rich significance which has been hidden by the veil of familiarity…putting bread, gold, horse, apple, or the very roads into a myth, is not retreating from reality, but rediscovering it. As long as the story lingers in our mind, the real things are more themselves. The Lord of the Rings applies the treatment not only to bread or apple, but to good and evil, to endless perils, anguish and joys. By dipping them in the myth they are clearly seen. I do not think [Tolkien] could have done it any other way.’ (Clive Staples Lewis quoted by Archbishop David Moxon from Richard Purtill’s Lord of the Elves and Eldils; Fantasy and philosophy in C.S.Lewis and J.R.R.Tolkien (1974)). J.R.R. Tolkien aficionado Sir David Moxon, an Anglican archbishop representing Anglicans to the Vatican in
Post a Comment
Read more

December 04, 2022
Circa 2013.  JRR Tolkien, author of The Lord of the Rings, used to say that his Catholic faith was implicit in his stories. David Moxon (in 2013). The Archbishop of Canterbury’s representative to the Holy See, Palmerston North-born David Moxon, has made a study of the Catholicism’s influence on the writer. “As time went on, [Tolkien] realized how much a part of his work Catholicism had become. He agreed that Lady Galadriel was an echo of Mary the mother of Jesus. It has been said that the lembas bread of the hobbit journey in The Lord of the Rings , which fed the will as well as the body, was an echo of the bread of the mass, and so on, in many other ways.” For Tolkien, whose The Hobbit , which film director Sir Peter Jackson is making into a trilogy of films, the character of Radagast probably derives from some principles that were embodied in St Francis of Assisi and Peter Jackson works this into a very graphic and plot changing role in Franciscan terms, he says. Archbishop D
Post a Comment
Read more
More posts

Peter Veugelaers
I have been contributing writings since 1986 and have contributed to several publications, print and online. My genres are articles, reviews, devotional/inspirational, and I also enjoy doing poetry and stories. I was a talented cricketer in my teens and won awards for public speaking. I am ecelectic and resourceful.